UPCT was founded to fill gaps in care for children’s rehabilitative or educational therapy. Working in collaboration with regional partners, UPCT will first help cover summer therapy needs for children by providing a 6 week program in Marquette and Delta Counties, with expansion expected in the coming years. Other areas of need are being evaluated and addressed by UPCT’s experienced Board of Directors. UPCT is funded by grants, donations, service fees and other fundraising. UPCT is not an insurance based program.

Our HistorySummer Speech ProgramUpcoming EventsContact Us
In the early 1990’s, UPCT Founder Dave Aro, who worked in therapy staffing, partnered with Nancy Bell who was the Regional Director for Easter Seals to provide a quality summer speech therapy program for children throughout the central Upper Peninsula of MI. The program, run by Easter Seals and staffed by Aro’s company, would run for 6 weeks and provide two sessions a week for a small registration fee. Over the years, this program grew to serve more than 120 children each summer in Marquette, Delta, Schoolcraft and Alger Counties. With the subsequent changes at the Easter Seals organization, the program moved to being funded primarily by the Bell Foundation and the CBC in Manistique and managed under the Bell Hospital umbrella. With the change in local healthcare, the Bell Foundation and Bell Hospital separated and became the Western Marquette County Health Foundation and the for-profit UPHS – Bell and the program had to look for a new home. The YMCA of Marquette County housed the program from 2013-2016 with Superior Rehabilitation & Professional Services (SRPS) managing the program, but the YMCA, due to organizational restructuring, retreated to core programming so the summer speech was again looking for a partner. Thankfully the 2017 summer was saved by the Lake Superior Community Partnership Foundation, who graciously agreed to house the program for that summer while SRPS continued to look for a non-profit home for the program, which was also now working closely with the Northern Michigan University (NMU) Speech, Language & Hearing Sciences on the program. With time running short, the partners of SRPS – Wendi Thomas, Kristin Andreae and Dave Aro agreed to start a non-profit organization to give the summer speech program a permanent home. With the help of the Lake Superior Community Partnership, the arduous process of forming a 501c3 non-profit began in May of 2017 with 501c3 status granted in September. When word got out, other gaps in care or programming for children that were related to rehabilitation began to surface. This prompted the formation of an active governing board to evaluate and address the perceived gaps in children’s services that UPCT could potentially help with. The board has set the goal of stabilizing the then growing the summer program and will look at other needs in the community. UPCT is a very young organization but has very deep roots. It is our goal to make sure that the rehabilitation needs of children, whether they be speech therapy for articulation, occupational therapy for self-care, or physical therapy to help a child walk safely, are addressed regardless of insurance or ability to pay. This is not going to be easy, and it’s not going to be cheap, but we believe that there is enough support for children in our community and region to give us a fighting chance to be a part of the solution! 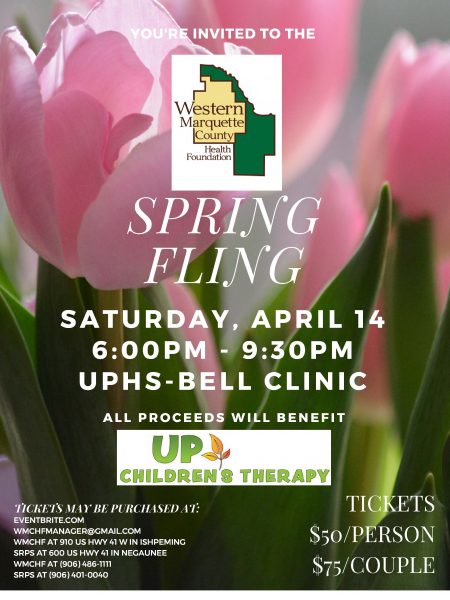 Donate to UP Children's Therapy